in conversation with Mahogany L. Browne 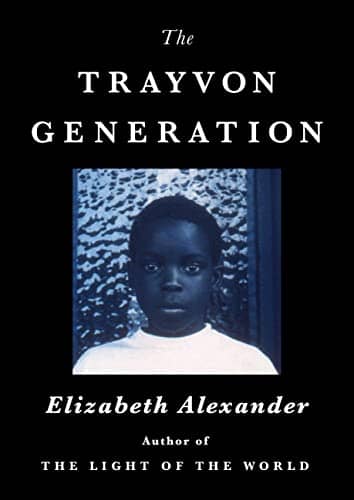 “The Light of the World is crushing, lovely, painful, and above all powerful. It is difficult to believe that anyone who has suffered loss will remain unaffected by this marvelous book.” —New York Journal of Books

“She shows us how feeding your family and remembering to be aware of the small details of everyday life are the bedrocks of true connection. In this book of prose, each page is a poem.” —O, The Oprah Magazine

“Professor Alexander is a virtuosic writer and a shrewd analyst of American letters, a polyglot who moves fluently from essay to sonnet, from free verse to drama–and in her teaching, traces equally diverse themes.” —The Root

From a Pulitzer Prize finalist and New York Times bestselling author and poet comes a galvanizing meditation on the power of art and culture to illuminate America’s unresolved problem with race.

*Named one of TIME magazine’s Most Anticipated Titles of 2022*

In the midst of civil unrest in the summer of 2020 and following the murders of George Floyd, Breonna Taylor, and Ahmaud Arbery, Elizabeth Alexander—one of the great literary voices of our time—turned a mother’s eye to her sons’ and students’ generation and wrote a celebrated and moving reflection on the challenges facing young Black America. Originally published in the New Yorker, the essay incisively and lovingly observed the experiences, attitudes, and cultural expressions of what she referred to as the Trayvon Generation, who even as children could not be shielded from the brutality that has affected the lives of so many Black people.

The Trayvon Generation expands the viral essay that spoke so resonantly to the persistence of race as an ongoing issue at the center of the American experience. Alexander looks both to our past and our future with profound insight, brilliant analysis, and mighty heart, interweaving her voice with groundbreaking works of art by some of our most extraordinary artists. At this crucial time in American history when we reckon with who we are as a nation and how we move forward, Alexander’s lyrical prose gives us perspective informed by historical understanding, her lifelong devotion to education, and an intimate grasp of the visioning power of art.

This breathtaking  book is essential reading and an expression of both the tragedies and hopes for the young people of this era that is sure to be embraced by those who are leading the movement for change and anyone rising to meet the moment. 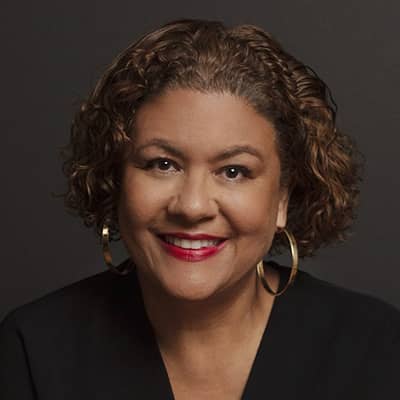 Elizabeth Alexander is a prize-winning and New York Times bestselling author, renowned poet, educator, scholar, and cultural advocate.  Her most recent book, The Trayvon Generation (2022), is a galvanizing meditation on the power of art and culture to illuminate America’s unresolved problem with race and the challenges facing young Black America. Among the fifteen books she has authored or co-authored, her poetry collection American Sublime was a finalist for the Pulitzer Prize in Poetry in 2006, and her memoir, The Light of the World, was a finalist for the Pulitzer Prize in Biography and the National Book Critics Circle Award in 2015. Other works include Crave Radiance:  New and Selected Poems 1990–2010 (2010), Power and Possibility:  Essays, Reviews, Interviews (2007), The Black Interior:  Essays (2004), Antebellum Dream Book (2001), Body of Life (1996), and The Venus Hottentot (1990). She has been awarded the Jackson Poetry Prize, the John Simon Guggenheim Memorial Foundation Fellowship, the George Kent Award, the National Endowment for the Arts Fellowship, and three Pushcart Prizes for Poetry. Notably, Dr. Alexander composed and delivered “Praise Song for the Day” for the 2009 inauguration of President Barack Obama.

Dr. Alexander is president of the Andrew W. Mellon Foundation, the nation’s largest funder in the arts, culture, and humanities. She is Chancellor Emeritus of the Academy of American Poets, a member of the American Academy of Arts and Sciences, serves on the Pulitzer Prize Board, and co-designed the Art for Justice Fund. Over the course of an esteemed career in education, she has held distinguished professorships at Smith College, Columbia University, and Yale University, where she taught for fifteen years and chaired the African American Studies Department. 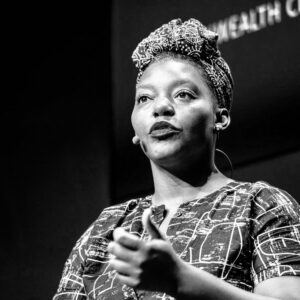 Mahogany L. Browne is the Executive Director of JustMedia, a media literacy initiative designed to support the groundwork of criminal justice leaders and community members. This position is informed by her career as a writer, organizer, & educator. Browne has received fellowships from Agnes Gund, Air Serenbe, Cave Canem, Poets House, Mellon Research & Rauschenberg. She is the author of recent works: Chlorine Sky, Woke: A Young Poets Call to Justice, Woke Baby, & Black Girl Magic. Browne is the founder of the diverse lit initiative, Woke Baby Book Fair; and is excited about her latest poetry collection. I Remember Death By Its Proximity to What I Love is a book-length poem responding to the impact of mass incarceration on women and children). She is based in Brooklyn and is the first-ever Poet-in-Residence at the Lincoln Center.​